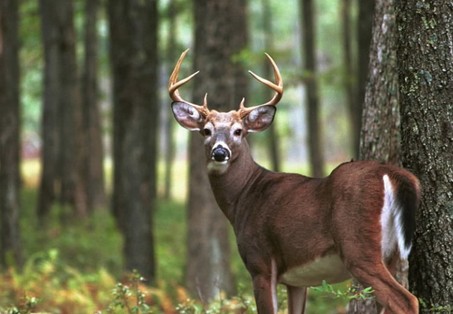 When I was just eleven years old my daddy taught me how to shoot. The gun was heavy but I could aim it. The sound was loud but I liked the way it shattered the sky. And the smell of gunpowder didn’t make me cough, it brought me home.

I learned to still my breathing and my body. It’s like being an Indian, he said. You lay perfectly still, one with the earth. Feel each leaf under your belly. Watch everything. See the way that tree bends…the way that branch bows… that leaf skips across the ground… that crow flies… that buck steps closer… and closer…. and drops. Drops before it even hears the round being fired.

Sometimes I hid so well my father couldn’t even find me. He’d look for me, to check up and make sure I was okay, but I let him walk right past – just because I could. If I could deceive him, nothing could find me. My father knew everything about me. He knew when I’d done wrong and when I’d done right. He knew when I was lying and when I was telling the truth. If I could hide from him I could hide from anybody, anything.

One time I was hiding down in a ravine, just up on the crest with my feet dangling a little off the edge. I was part way under a tree stump. I’d mired myself in dirt and leaves and thicket. I could see my father off in the distance. He could feel it in the air, just like I could but he was going the wrong way. The buck wasn’t near, but it would be. So I waited.

I watched. Just the way Daddy’d taught me. I watched the leaves, the termites, the birds, and the clouds. Then I heard it just like I knew I would. And it was close, so very close I could hear it breathe. I could see the steam billow from its snout. I could feel its muscles flexing through the ground. But I waited, and waited, and waited… still.

It was so close, that when I shot it, I heard blood spatter onto the leaves. I heard its fur flatten into the soil. I scared myself.

I walked slowly while my heart raced ahead. And I heard it fighting to breathe. I heard it kicking… gasping… struggling… surviving and wondering why. I was so close to it and it was alive and it was asking me why. I wanted to shoot it again but it looked so scared. What if I shot it again and it still lived? Then I wouldn’t just be a murderer I’d be a monster.

I turned my head crying.  After a few more minutes it finally stopped. I ran off as far and fast as I could. And I hid. I hid in another ravine – in another pile of bramble and bark and leaves and dirt. I hid for what felt like hours. I hid until I heard it again.

I heard the light footsteps. The breathing. I wiped the tears from my face, I stilled my breathing, and I stood up straight as an arrow with my gun in hand.

“We haven’t been out here that long,” he said, “Shouldn’t we wait until we catch something?”

My daddy knew that I was lying.

Daddy knew I was telling the truth.