I went to the water cooler to get water.
When I got back,
the hot, 20-year-old intern looked at me and smiled.
I felt like a pimp.

When I sat down,
I saw I’d spilt a bunch of water on my pants.
It looked like I peed myself.

I love St. Patrick’s Day.
It’s the only day I can drink
with my Leprechaun,
Blarney McShackleton,
without being asked a ton of questions.

Donald Trump laid quietly on the sofa.
“Sasquatch,” he said unprovoked.
“I know him. Good guy.”

I knew this was a lie.
I met Bigfoot years ago.
And he’d never hang out with Donald.

“You know I have a time machine,” he said.
This was a lie, too.
There’s only one time machine on earth,
And I have it.

One more minute went by.

Finally, he blurted out:
“I have sexual fantasies about my daughter!”

“Our time’s up,” I said.
“This was a big breakthrough though.
I’ll see you next week.”

Donald Trump is my most deranged patient.

We were on our way to the My Little Pony convention.
I was dressed as Twilight Sparkle
And Jesus was dressed as Rarity.
I wanted to be Rarity but Jesus won the coin toss.

We bumped into some drunk guys.
They were dressed up, too.
“What pony are you?” I asked.

“But you ARE dressed up like a horse,”
Jesus pointed out.

Jesus and I were confused.
Then a guy with a painted face chimed in.

“You guys need to grow up,” he said.
Then he burped some beer onto his football jersey.

Jesus wanted to fight them, but I talked him out of it.
“Let it go Jesus,” I said.
“Ponies don’t settle disagreements with violence.”

“You gentlemen enjoy your game,” I said.

Jesus and I spent the rest of the day taking ecstasy
And dancing at a pony rave.

When I finally finished my time machine,
I knew what I had to do.

He was still a teenager
and his mother had just died of breast cancer.

I knew he’d be vulnerable.

“I just wanted to tell you I really like your paintings,” I said.
“I want to buy one.”

I paid Hitler for his watercolours.
We joked around a little bit.
Then I hugged him
and got back in my time machine.
As I stepped in, I looked back.

“Your future is a blank canvas, Adolf.
Don’t spoil it by painting something ugly. ”

When I got back to the present,
I stumbled into an art shop in Munich.

There was an old man behind the counter.
He recognized me.
I smiled and nodded.
He smiled, too.

His paintings were bad,
but they could have been worse. 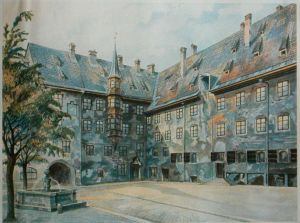 Narcissists. That’s what Millennials are.

A bunch of spoiled, self-absorbed narcissists, running around taking pictures of ourselves.

This is how Baby Boomers view us; through the lens of a camera-phone at the end of an outstretched arm (or worse, stick).

Here’s the thing, though: We’re not the first generation to ever take pictures of ourselves.

But I repeat: We are NOT the first generation to replicate our own likeness.

To prove it, I’ve built this timeline… 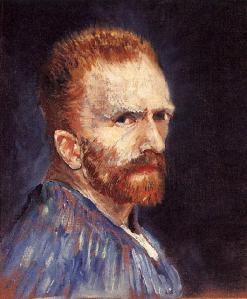 The point is this is a practice that’s literally as old as human history.

I’m not saying it’s great. But it doesn’t mean we’re a bunch of self-absorbed assholes, either.

If today’s technology had been around 50 years ago, Facebook feeds would’ve blown up with dumb-looking Boomers snapping selfies of themselves at Woodstock.

And if you don’t believe me think about a close comparable: The video camera.

For a long time, home videos were impractical 8mm filmstrips. But the second VHS came out, the world was suddenly crawling with dads wielding giant black boxes. They filmed parties, pageants, soccer games, parades, and more.

You Boomers did something far worse with those camcorders didn’t you?

Talk about narcissism, you started filming yourselves fucking the very first moment technology would allow.

For every Millennial out there, there exists some grainy, unlabed VHS tape of their parents going at it like a couple of howler monkeys.

Best case scenario: You weirdos sat around watching yourselves bone on tape.

Worst case: You shared them.

All that poor grooming backdropped by awful 80s décor. That fake wood wall paneling. The tacky couches. Some of it even takes place in vans.

It’s all so gross and seedy.

And the fact that so many of these videos still exist is testament to just how ubiquitous this practice was. This is 2016, for God’s sake. What’s survived is only a fraction of what was around 20 years ago.

And there’s still SO MUCH.

Did you guys do anything other than videotape yourselves fucking?

It’s hard to see how you did.

Even before the Internet, there were shows like “Naughty Amateur Home Videos” – a show that aired on the Playboy channel for 12 years from 1996 to 2008.

Guess what it aired…

Yes, Baby Boomers were once so desperate to share their sextapes with the world they went through the trouble of mailing them into a cable channel.

But now you see some 17-year old girl duck-facing for her smartphone and it’s evidence of generational decay.

Like you wouldn’t have taken selfies if film wasn’t such a costly pain in the ass to get developed.

Hell, you pretty much invented the polaroid camera just to get around it.

That, and so you could finally take dick picks and titty shots without getting banned from Motophoto.

You people are gross.

I’ll take duck-face over O-face any day of the week.

And I think I’ll take all the selfies I please, thank you very much.

Go ahead, call me a narcissist.

You’re something far worse: The producer, director, and star of your own XXX-rated movie.

And that movie isn’t getting any one off but you.

Maybe next time pick a better angle and use a filter.